I can easily say that last night was the most fun that I have had in years. I owe it all to the amazing Hunter Hayes. Last night, my friend Michaela and I attended a show from Hunter’s “We’re Not Invisible Tour”.  I have always had a lot of respect for Hunter as an artist, but after last night, words can’t even begin to express how much I admire him. With Michaela by my side, the night was perfect.

When I first heard his song, “Invisible”, I loved it.  I related to it so much, that I felt like it could have been written specifically for me. I’ve always been different. It was extremely difficult for me to relate to most people at school. I was very sick for all of my teenage years, and it forced me to grow up faster than everyone else. For the first five or six years, I was able to somewhat cover up my illness. Everything changed in 2012. After seven or eight years of searching for answers, I was diagnosed with a form of mast cell disease called “Mast Cell Activation Syndrome” as well as a form of autonomic dysfunction known as “POTS”. I had 30 hospital admissions that year. I never imagined that I would have to fight so hard for my life.

Earlier this year, I was laying in the ICU listening to “Invisible” on repeat. I remember looking at myself in the mirror and shaking my head as I realized that tubes and machines were keeping me alive. For months, I would just stare at my legs and plead for them to let me walk again. All I wanted was to be normal. I was tired of everyone staring at me. People were so busy staring at feeding tubes on my face, lines, and my “Bionic Legs” (leg braces) that I felt like they couldn’t see me. Hunter’s song helped me through all of those difficult times.

Michaela and I were able to meet Hunter before his show last night, and I have to say that he is one of the most genuine people that I have ever had the privilege of meeting. We got to tell him how much we loved his music and were able to tell him our story. We told him about the “Teens with Feeding Tubes 2014” video that Michaela made- Together we decided that “Invisible” would be the perfect music for the video. He loved it when we told him that the video was put to his song and we could tell that it truly meant a lot to him. He’s such a nice fella!

Being the advocates that we are, we were THRILLED to be filmed before the show. We were asked, “What does ‘Invisible’ mean to you?” After expressing our love for the song, we of course took the opportunity to raise awareness for ourselves. Michaela told them about our “invisible illnesses” and we followed that with showing them all of the pumps and lines we’re attached to that keep us alive. We love to spread awareness every chance we get!

I will never forget the feeling that overcame me when Hunter performed “Invisible” last night. Michaela looked over to me as we were belting out the lyrics and I became overwhelmed with happiness. I looked down and realized that I was standing without help and at the same time, I was wearing my 30lbs backpack that contained the three different pumps that have slowly given me my freedom back. The best feeling though, was looking to my side and seeing Michaela. We’ve been through so much in the short years that we have known each other. I have no idea where I would be without her. (I would not have lasted 24 hours with my first feeding tube if she had not been there telling me that it would get better. I almost pulled the NG tube out of my nose two hours after it was placed, but Michaela and my other “tubie” friends were there to talk me through the difficult days.) At the concert last night, we weren’t “the sick girls”- We were just Brynn and Michaela.  We are not invisible.

Thank you again to Hunter Hayes for giving us such an amazing night. I hope that I get to come to another show soon, and that one day Hunter will see this and know how much fun we had at the concert! To any of you who are going through difficult times:

“Hear me out, there’s so much more to life than what you’re feeling now. Someday you’ll look back on all these days and all this pain is gonna be invisible.” 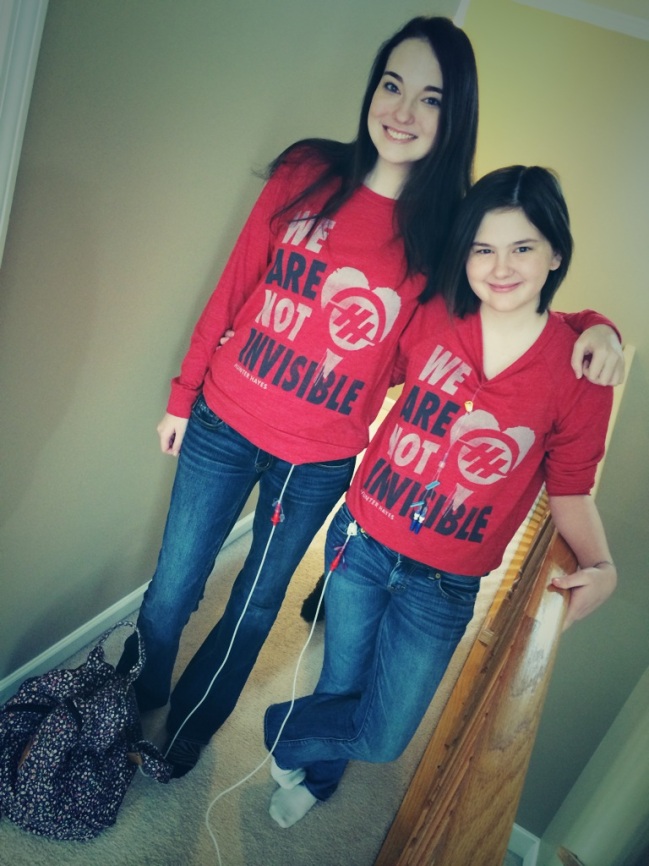 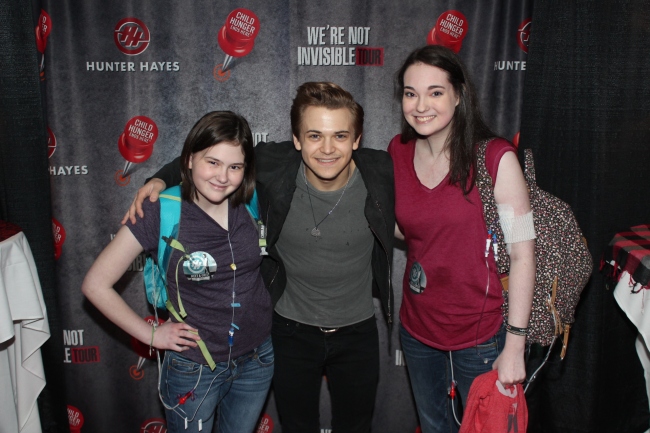 Moose is the best thing that ever happaned to me. 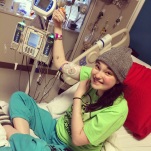 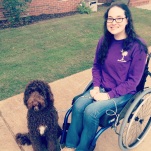 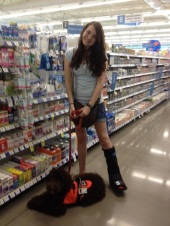 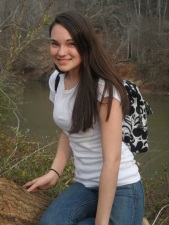 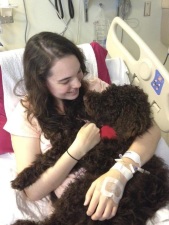 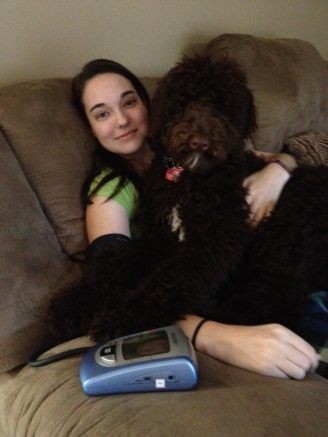 Moose is getting big! 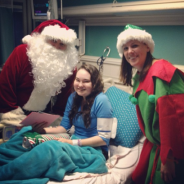 Christmastime in the PICU!

I love his eyes!

We love to go kayaking! 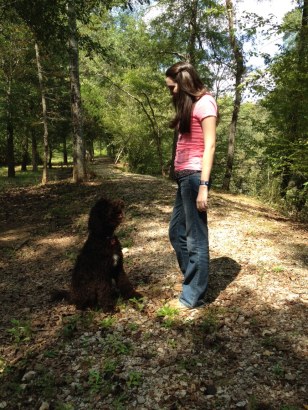 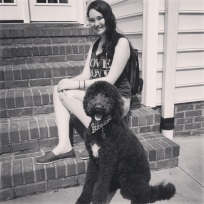 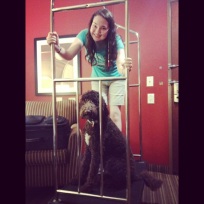 Rockin’ my feeding tube at the beach! 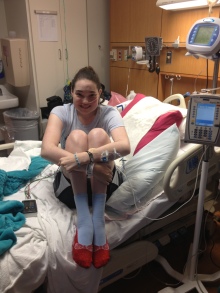 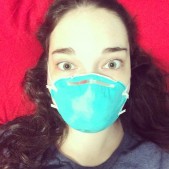 Life is rough so ya gotta be tough!

Catching snowflakes- we don’t get snow often in South Carolina! 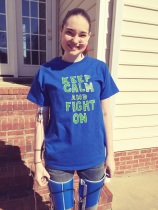 Keep calm and fight on. 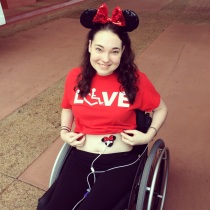 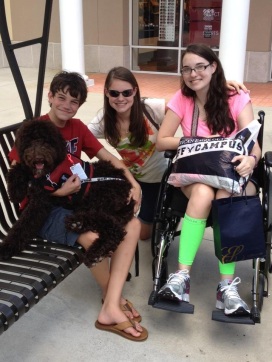 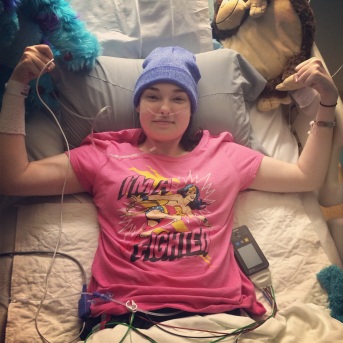 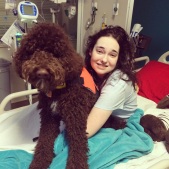 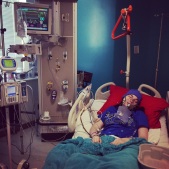 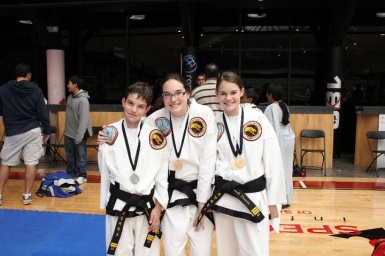 Back in the TaeKwonDo days!

Boston with my siblings and Moose! 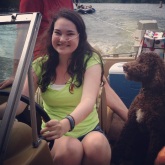 Fun on the lake! 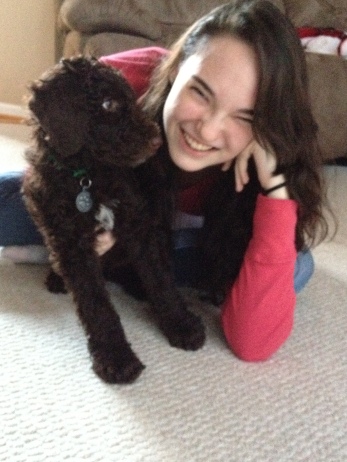 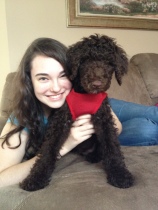 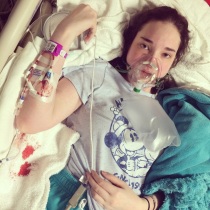 The hospital isn’t my friend!